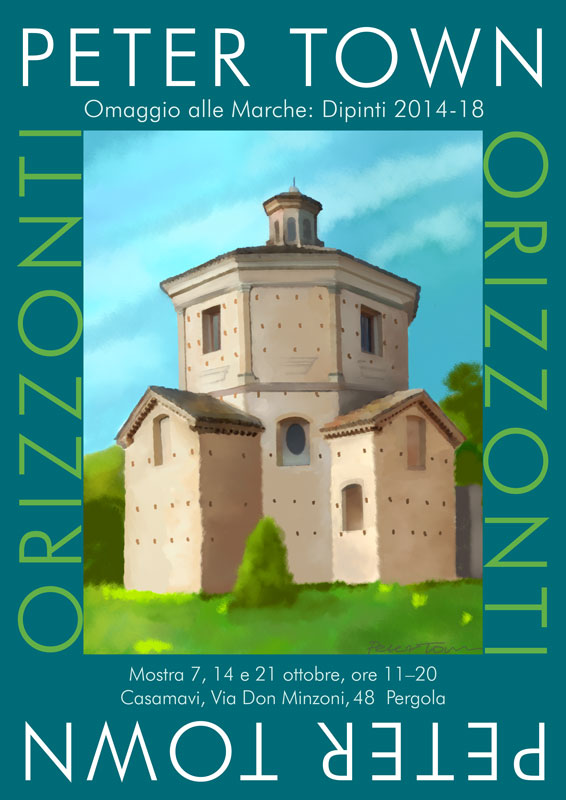 Six new works were added to those shown at the Serra Sant’Abbondlo exhibition in September 2018.

Designed to coincide with this year’s festival of Santa Patrono in the town of Serra Sant’Abbondio, this exhibition showcases a small selection of Peter’s work from the last 20 years, during which he has become a regular visitor to this wild and mountainous region in north east Italy. His travels have resulted in a number of studies which capture its beauty and sense of history, on show here for the first time. 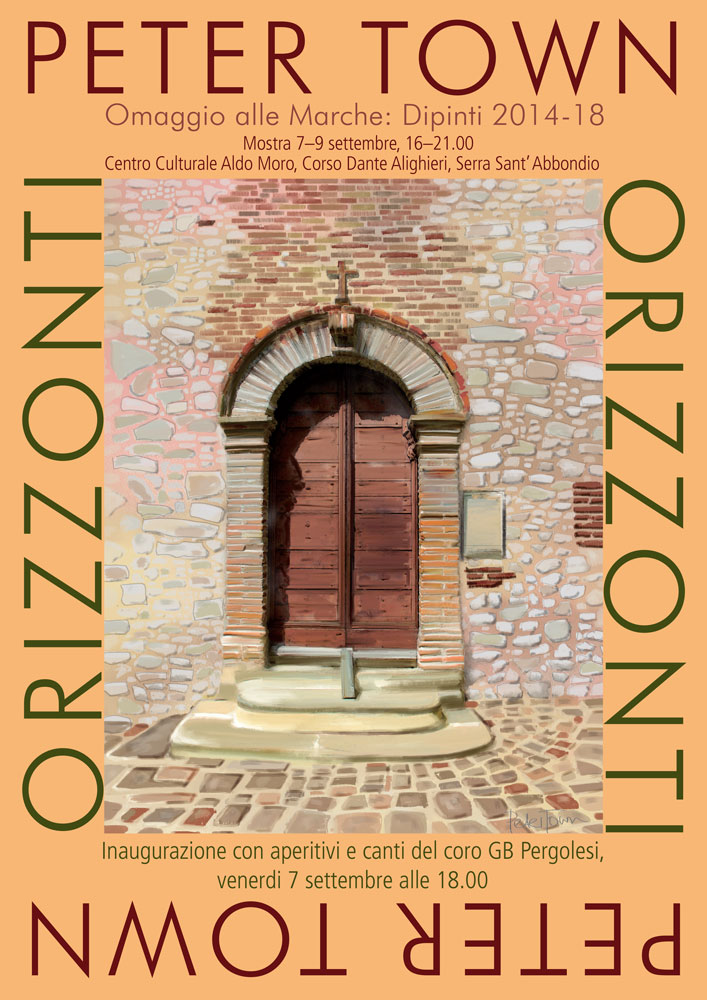 Serra Sant’Abbondio, Le Marche, Italy 7-9 September 2018. Architectural details sit alongside landscapes and natural forms, demonstrating a range of styles and techniques common to all of Peter’s work. A highlight of the show takes the form of a series of studies of the local mountain, Monte Catria, which illustrate its changing shape and character throughout one day in the summer of 2011, taking the viewer on a journey from morning mist to evening twilight via a wide range of striking, interpretive styles.

Peter Town is a born storyteller, gifted with an ability to translate both everyday quirks and deeper philosophical musing through his work. Often using strong lines, striking colours and symbolism in his pictures, Town has built a vibrant portfolio. Born in Bethnal Green, he grew up in Liverpool and was later educated at Bath Academy of Art and the Royal College of Art. Taking advantage of his ability to communicate ideas visually, he went on to enjoy a successful career as a designer while he continued to paint and develop his artistic style through drawing, painting, photography, and printmaking. While many of Town’s paintings use strong shapes and primary colours, such as the Stairscapes series, others are quieter and more contemplative, representing a more tranquil inner space. His Abstracts series features works where the narrative is more ambiguous but ever-present. He sees landscapes, interior spaces and natural forms as abstract shapes and colours, transcribing these in his unique style onto paper and canvas.

View all of PT's posts.